Hiraizumi really does have a lot to offer. After becoming a UNESCO World Heritage site in 2011, Hiraizumi has gone from strength to strength, full of seasonal events and well maintained, interesting shrines. There are plenty of free ones around, but the main ones are definitely worth the entrance fee. In the north part of Hiraizumi is Chuson-ji, which is part of a long line of temples stretching up a hill.

Photos are not allowed inside, as the golden temple is housed in a protective glass cube, with it’s temperature and light conditions tightly controlled to ensure its colour does not fade or it’s structure deteriorate. It may not seem much from the picture above, but inside is another little temple (the actual Chuson-ji). This is a totally golden temple, with real gold plates and full of golden ornaments and mini statues. I had never seen anything like it in Japan. 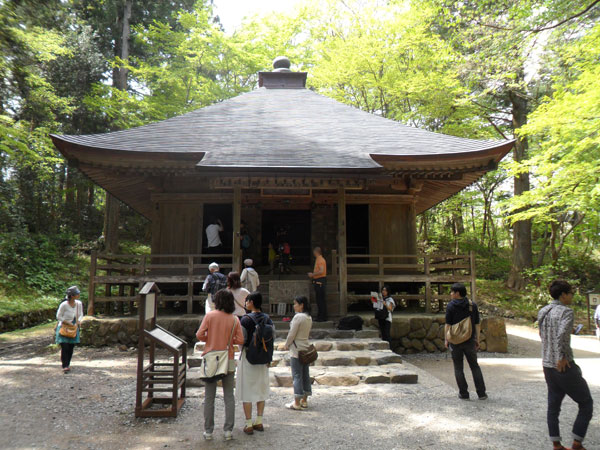 After seeing the golden temple, there are loads more temples to see, all of different shapes and sizes. The above is Konjiki Temple.

As you make your way down from Chuson-ji, you will see lots of little interesting paths and mini-temples. We spent lots of time exploring them all!

The hill is also dotted with various statues of warriors or Buddhist priests that helped in the construction of the temples and the town itself. Hiraizumi used to be a major town in the north before southern forces overcame it and killed Minamoto no Yoshitsune, a key figure who tried to make his last stand in the town.

It doesn’t take that much time to see Chuson-ji temple itself, but it took me about 2 hours to see all the other parts of this temple hill. 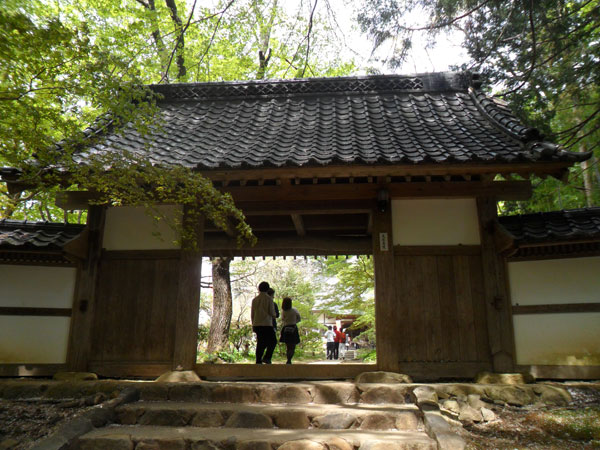 What’s also nice about the hill is the variety of temples and the fact that they are surrounded by nature, such as Japanese bamboo. 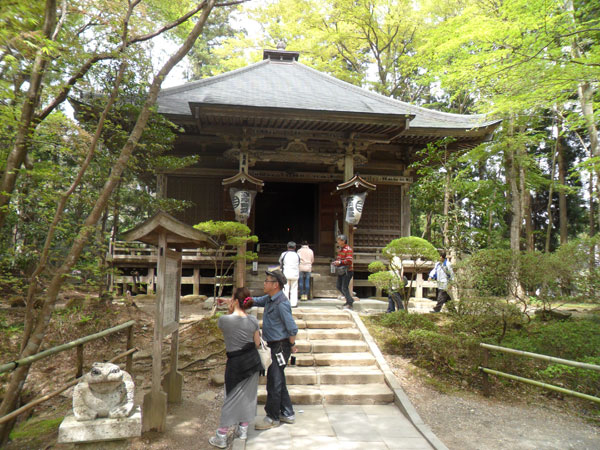 For more info, check out our Hiraizumi Budget Travel Guide.